The Dance” by Matisse,

The painting for which England sold its soul.

On October 24th, 2007, an article in the Guardian by Marcel Berlins triggered a hurricane around the exhibition “From Russia, Russian & French paintings of the XIXth & XXth Century” which is due to open in London on January 2008 at the Royal Academy of Arts. This exhibition, which required more than two years of preparation and negotiation with Russia, is to bring together more than 200 works from the four largest Russian museums: Pushkin, Hermitage, Tretiakov and Russian Museum.

This exhibition is coming to London after having been presented in Düsseldorf, Germany. Its sponsor is the German gas giant E.ON, the main distributor of Russian gas in Germany and England and a close partner of the Russian oil and gas giant Gazprom.

Among the paintings to be exhibited are 13 from the Morosoff collection and 23 from the Shchukin collection (see list in the attached documents), including Matisse’s Dance, which will be presented for the first time on British ground and which is already lining the walls of London.

Although none of the Morozov and Shchukin descendants have ever stated that they wanted to take any legal action in Great Britain, controversy has arisen over the fact that English law would not protect the works against possible claims for seizure by the heirs (owners) of some of these paintings or other creditors of Russia.

The result was an avalanche of articles in the English and Russian press. Speculation is rife as to the intentions of the heirs, who continue to refrain from making any statements.

The Royal Academy of Arts and the British authorities multiply contacts and intervene in the press to try to convince the Russians that the guarantee offered by the British government is sufficient. Families are approached on a confidential basis: they are asked to give a written undertaking not to take any legal action in the United Kingdom. For the heirs of the 2 collectors the limits are exceeded:

“We are private individuals and not sovereign states competent to issue safe-conducts worth billions of Euros. We are the victims of the biggest hold-up in the history of art and not the culprits“.

In December 2007, the Russian government announced that the exhibition would not take place if the British government did not pass a law guaranteeing the unseizability of the paintings as long as they are on British soil. The controversy continues in the media. It extends to the European press and as far as Japan.

On December 31st, the British government urgently brought into force the law demanded by Russia. The British ambassador in Moscow went so far as to declare in the Russian press that the new law was specifically designed to solve the problem of Leninist confiscations.

On January 9th, Mr Shvydkoy, Director of the Russian Federal Agency for Culture and Cinematography, held a press conference to announce that Russia was satisfied with the guarantees provided by Great Britain and that the paintings would be sent to London.

He said that the confiscatory decrees of 1918-1919 should not be revised and called on foreign states to recognise their legality. This is the first time since the beginning of the Shchukin affair, more than fifty years ago, that an official Russian authority admits that there is indeed a debate on the revision of Lenin’s spoliation decrees.

Ivan Morozov and Sergei Shchukin never donated their collections to the USSR. All the curators and directors of Russian museums, all Russian ministers and officials recall that they had intended to do so before the October Revolution, although their wills from that time have never been found. In any case, dispossessed and forced into exile, they formally revoked all their previous wishes and bequeathed the universality of their property to their heirs in their notarial wills of 1921 (Morozov) and 1926 (Shchukin).

– By decrees of November 1918 (Shchukin) and December 1919 (Morozov), Lenin proclaimed the collections and the palaces housing them to be the property of the people, without any compensation.

– 1919 to 1941: the collections are presented in Moscow in the Museum of Modern Western Art installed in the Morozov Palace (larger than the Shchukin Palace, which is transferred to the Red Army and totally forbidden from access and even photography until today).

– Thanks to the genius and intuition of Shchukin and Morozov, the capital of the USSR then had the most beautiful museum of modern art in the world.

– 1941: As the Whermacht approaches, the canvases are put in a safe place on the other side of the Urals.

– 1945: The collections return to Moscow, the campaign against cosmopolitanism and decadent art suspends the reopening to the public of the Museum of Modern Western Art.

– 1948: By Stalin’s decree, the Museum is liquidated, the paintings from the two collections are randomly divided between the Hermitage Museum in Leningrad (formerly St Petersburg) and the Pushkin Museum in Moscow with a ban on showing them.

– 1954: after Stalin’s death, the “thaw” begins, 40 Picassos are, for the first time, exhibited in Paris at the Maison de la Pensée française, an organisation close to the French Communist Party. Irina Chtchoukine, daughter of Sergei Chtchoukine, applied for the seizure of 37 paintings belonging to her father.

The case “Shchukin and Morozov vs. Lenin” begins.

At a time of high political ideals it could be admitted that the works purchased by Morozov and Shchukin were stolen by Lenin, thus providing the Russian people with a good free cultural education. They were not traded. And if, from 1954 onwards, they took part in major international exhibitions, it was a matter of disinterested cultural exchange.

But the situation has changed:

“Our collections now allow everyone, except the families who invented them supporting the creation of the greatest painters of the 20th century, to earn a lot of money, not only by the number of admissions to the exhibitions (a million visitors are expected at the Royal Academy), but also by the merchandising they generate: catalogues, calendars, crockery, ties, fashion accessories… This means that not only have our collections been plundered, but they are used for purely mercantile purposes under the guise of cultural exchanges. To contemplate in London the works confiscated in the interest of the people, you will have to pay £11, or 16 euros. Shchukin Palace before 1918 was open to the public free of charge“.

The heirs Shchukin and Morosoff were thus subject to a judicial internment order forbidding them from taking any action during their fathers’ commissioned works in Great Britain. They at least have the pride to find themselves, according to the new law, in the noble company of the Jews plundered by the Nazis, and of the colonised peoples whose archaeological and artistic riches were plundered by unscrupulous traffickers.

“This law deprives us all of a fundamental right guaranteed by all constitutions and international conventions on human rights: the right of every citizen to a fair trial. We entrust our lawyer and companion since the first days, Mr Bernard Jouanneau, with the task of studying whether the judicial ban we are subject to is not contrary to the European Convention on Human Rights to which England is a party and what means of recourse we have in this area”.

“We have long noted that our paintings have been in Russian museums. They should also be able to be shown in major exhibitions and benefit art lovers all over the world without being the subject of political scandals such as the one in London which we witnessed as silent, helpless and dismayed spectators.

Russia, once again a great nation in the international community, must no longer be forced to humiliate itself by begging for the Queen of England’s guarantee for fear that the works in her museums will be seized because of their illegal appropriation.

Never, when we have every legitimacy to do so, have we tried to prevent an exhibition from taking place or to deprive the public of it, every time we have acted in court, we have done so in such a way that the works run no risk. We withdrew from all our actions as soon as our case was widely reported in the press and in public opinion. In London, the scandal erupted on its own without our participation in any way, until Great Britain pronounced a “judicial internment” against us, as if we, the spoiled, the victims, were potential terrorists or thieves.

– respect for the memory of Shchukin and Morozov and the mention of their names in all clashes,

– the abolition of Lenin’s decree and the transfer of our collections to the Russian state in the forms required in all democratic states and by international conventions,

– the transfer of the Shchukin and Morozov palaces to the Pushkin Museum, so that they can once again become exhibition spaces open to the public,

– the gathering of French paintings and sculptures from the Morozov collection in one place,

– the reunion of the Shchukin collection with the reconstruction of certain dismembered hangings between Saint Petersburg and Moscow, such as the tryptic of Matisse’s “The Conversation” or the iconostasis of the Gauguins”. in the Royal Academy court before the opening of the exhibition.

Some articles published in the french an english press.

– “Russian Museums are taking a risk in lending us their paintings. Let’s hope they get them back” article from Marcel Berlins, The Guardian,  october 24th, 2007.

– “Plunder goes on Tour” article by the American lawyer Allan Gerson, who, following this article, will represent the Morozov/Konowaloff family in the United States in their action against the Metropolitan Museum and Yale University in an attempt to recover the 2 paintings illegally sold to Stephen Clarck in 1933: “Night Cafe” by Vincent Van Gogh and “Madame Cézanne in the conservatory” by Paul Cézanne, The New York Times, February 23rd, 2008. 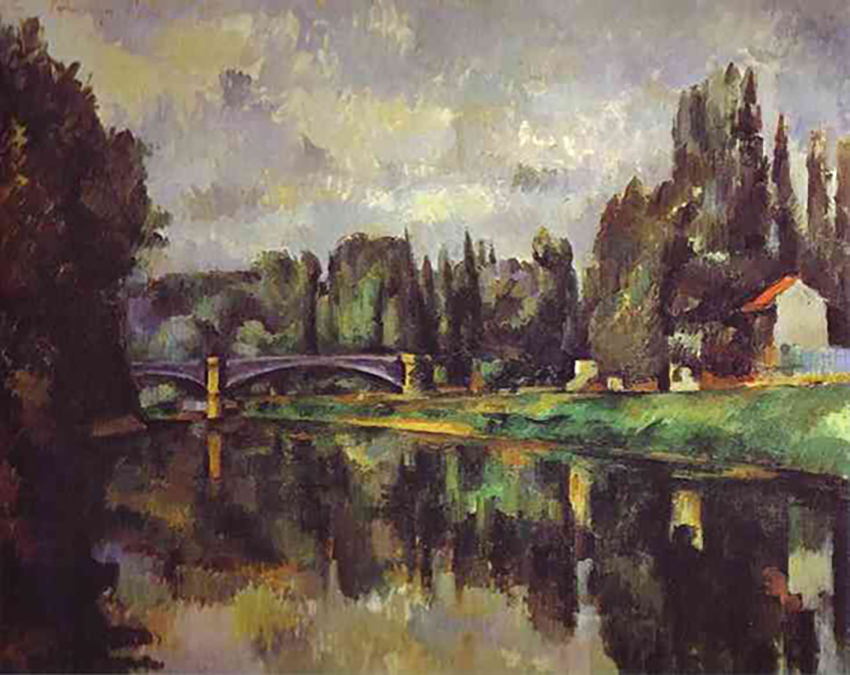